Maureen Elias, Army veteran and Bowie State University Alumna, was a recipient of a scholarship from SVA and LMI in 2016. She used her scholarship to complete her degree program while avoiding student loans.

“It allowed me to finish out my degree without this heavy debt hanging over me.” 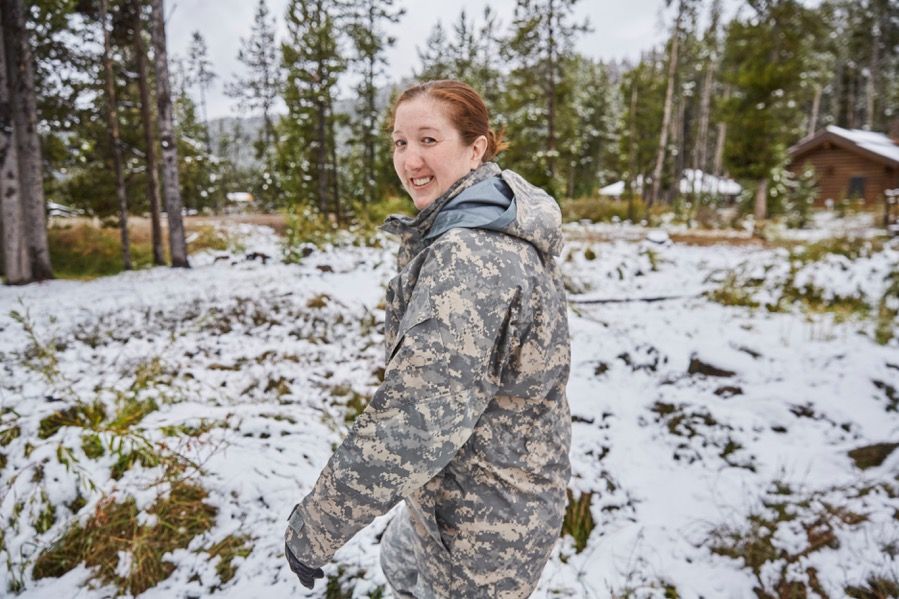 Maureen Elias, Army veteran and Bowie State University Alumna, was a recipient of a scholarship from SVA and LMI in 2016. She used her scholarship to complete her degree program while avoiding student loans. “It allowed me to finish out my degree without this heavy debt hanging over me,” said Elias.

Elias found Student Veterans of America on her university campus, though, it was only a small group of veterans which was near disbanding. Over that summer, Elias attended the Student Veterans Leadership Institute in Dallas, Texas, where she learned to lead a successful SVA chapter. Shortly thereafter, Elias transformed her club into the Bowie State Chapter of SVA.

Prior to attending Bowie State, Maureen had been out of the workforce and academia for over a decade. She had left the military to become a stay-at-home mom and care full time for her three kids with autism. It took Elias years to identify as a veteran until she became active within her SVA chapter. That has changed her life for the better. “SVA, to me, was very pivotal in that change and to the success that I have enjoyed since,” said Elias.

However, while at Bowie State she was active on campus in a few different campus organizations, which grew her ambition to become more involved. Along with serving as the president of the SVA chapter at Bowie State, Elias was also part of the gospel choir and the graduate student association.

While completing her graduate program at Bowie State her education benefits were exhausted. “I ran out of my G.I. Bill and I tried to get involved with vocational rehab to see if they would help me, but I just didn’t have any luck,” said Elias.

The LMI-SVA scholarship helped her immensely; she was awarded funds which allowed her a bit of breathing room so she could complete her degree program and start working right away.

“I started working at one of the Big Six veterans service organizations before I even graduated on a part time basis,” said Elias. “Then as soon as I graduated, they promoted me and gave me a full-time position that day.”

Elias didn’t initially plan to return to the workforce after college. Now, she works for Paralyzed Veterans of America and advocates on Capitol Hill for mental health and other veteran issues. She also serves on the board of the Armed Services Arts Partnership, and on the board of High Ground Veterans Advocacy.