About Us > Our Team > Major General Chris Cortez, MA 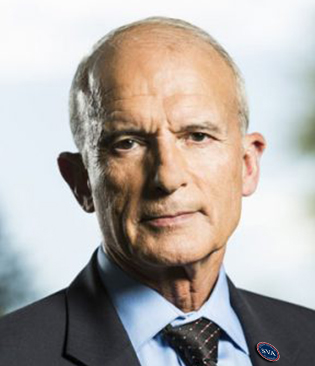 Major General Chris Cortez, USMC (Ret.), MA is the Chairperson of the Board of Directors for Student Veterans of America (SVA), and has served as a board member since 2016. He currently serves as the Vice President of Military Affairs at Microsoft, focusing on U.S. military veterans transitioning from active duty and helping them find good jobs. In this role he oversees the Microsoft Software and Systems Academy designed to prepare transitioning military personnel for positions in the IT industry. He is also an advocate for Microsoft employees who have served in the military.

He also works with Microsoft’s U.S. Public Sector supporting efforts in Federal Government Agencies including the Department of Defense as well as other Cabinet Level Departments such as Department of Homeland Security and Veterans Affairs. Additionally, he works with Worldwide Public Sector national security teams internationally. When he joined Microsoft in 2006, he was Microsoft’s lead strategist and spokesperson for the Worldwide Public Sector’s Government industry, leading a global team which addressed eGovernment/Public Services, National Security, Public Safety, Postal Services, Taxation and Tourism.

Before joining Microsoft in September 2006, Chris had served over 33 years in the United States Marine Corps, retiring as a Major General. In his final assignment as commander of the Marine Corps Recruiting Command, Chris directed the recruitment of nearly 40,000 new Marines per year. Prior to that, as Director of Operations for the United States Pacific Command, he oversaw operations for 300,000 U.S. military personnel in an area encompassing over half the globe. Chris holds a bachelor of arts degree from Marietta College, Marietta Ohio, and master’s degree in business management from Azusa Pacific University. His undergraduate efforts included studies at the University of Madrid in Spain.