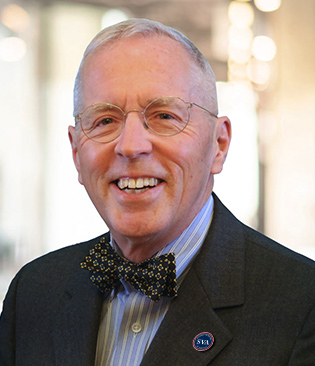 J. Ford Huffman has served as a member of the Board of Directors for Student Veterans of America (SVA) since 2017. He is the Chairperson of the Board’s Nominations Committee, and is a long-time ally of the organization. Prior to his service as a Board Member, he served on the Board of Advisors, and has volunteered for the organization since 2009. He is on the artist council of Armed Services Arts Partnership and co-edited two of its annual anthologies.

J. Ford has published reviews of over four hundred books in Military Times publications and others, including ARMY magazine, and he received the Commentary Award from Military Reporters and Editors Association (MRE) in 2018. As an independent consultant, he has advised on storytelling in words, art, and design for more than 80 newsrooms – from Dubai to New Delhi to Detroit – including Defense News and the Army, Navy, and Air Force, and Marine Corps Times; the nameplates for the Times bear his designs. In 2012, Marine Corps University Press published The End of Don’t Ask, Don’t Tell, the anthology he co-edited.

Until 2008, J. Ford was a Deputy Managing Editor at USA TODAY, whose first prototype editions he design-directed. He has participated in news-media panels at the Marine Corps’ Expeditionary Warfare School and War College in Quantico, Va., at Defense Information School at Fort Meade, and at USMC Combat Correspondents Association’s annual conference. His studio art is exhibited in D.C. galleries, and he has finished 48 marathons, including 15 Marine Corps marathons. J. Ford is a graduate of West Virginia University’s College of Media.